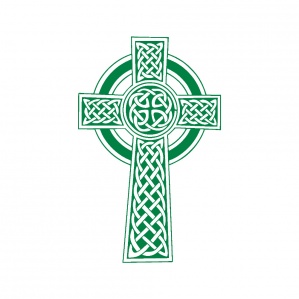 Born in Boston, Jim was a graduate of Brighton High School. Following graduation, Jim entered the US Army and was assigned to the 166th Engineer Battalion, where he trained as a civil engineer. He was transferred to infantry in December of 1944.  He fought in the Battle of the Bulge and was captured by the Germans in Luxembourg.  He was a prisoner of war until April 1945, when he and 2 other soldiers escaped. Shortly after, they were picked up by the 4th Armored Division and returned to the US within 5 days.

Following the war, Jim met the love of his life, Caye Cavanaugh, at a dance at Moseley’s on the Charles. They were married for 58 years.

Jim was involved with American Ex-POW Chapter One serving as its Commander for two years.  He and Caye volunteered with Chapter One members for many years at the VA Medical Center in West Roxbury, serving coffee and donuts every Tuesday to patients and staff.  He traveled to France with the 166th Combat Engineers on two occasions and was named an honorary citizen of Blois, a city liberated by the 166th during the War.

In his spare time, Jim enjoyed working on cars and spending time with family and friends. He and Caye traveled to Bermuda with their dear friends, Pat and Jim Fagan. An avid Boston sports fan, he was overjoyed that the Red Sox won the 2004 World Series on his 82nd birthday.

Above all else, Jim enjoyed being a father and grandfather. He and Caye were also the foster parents of 5 infants, in between the years they were growing their family.

Jim was the dear and devoted husband of the late Catherine “Caye” Cavanaugh. Loving father of Catherine M. Campbell and her husband Jack Orrock of Roslindale, James F. Campbell and his wife Cameron Khayde of Pomeroy, WA, Julie A. Campbell of Roslindale and Stephen M. Campbell and his wife Katrine of Reading. Cherished grandfather “Opa” of Chris, Caytie, James Todd, Shay, Emelie, Lara, Margot, Griffin, Parker and Astri. Dear brother of the late Walter, Warren, Robert, Herbert, Donald, Francis, Lillian and Raymond. He is also survived by many loving nieces and nephews.

Jim's Funeral will be from the Kfoury Keefe Funeral Home, 8 Spring St. (at the corner of Centre St.) WEST ROXBURY, Friday at 10:30 a.m.  His Funeral Mass will be held at St. Theresa of Avila Church at 11:30 a.m.  Visiting Hours will be held Thursday 4-8 p.m. Relatives and friends are respectfully invited to attend.

In lieu of flowers, contributions in Jim's memory may be made to the Fisher House Boston. PO Box 230, South Walpole, MA 02071.

Jim will be laid to rest, with his beloved Caye, with complete Military Honors at Massachusetts National Cemetery in Bourne at a later date.

To send flowers to the family or plant a tree in memory of James J. Campbell, please visit our floral store.