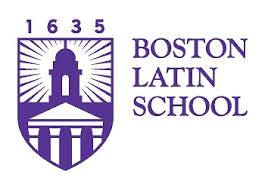 Olaniran was an aspiring young man with ambitious goals. A caring brother and a great friend that you can count on having a smile on his face. He grew up in the church and remained religious and spiritual in his early adulthood. He had a strong competitive drive that he carried on throughout his life. As an inner-city black youth in Boston, he strived to live above stereotypes and societal norms placed on African-Americans.

Olaniran was passionately motivated and educated. He attended the Young Achievers School, a very diverse charter school that instilled into their students the importance of perseverance. He received his high school diploma from the prestigious Boston Latin School.  During his summer years as an adolescent, he remained active in his personal growth and education by taking part in Balfour Academy, a highly selective college preparatory program located on the Northeastern University campus. In his early college years, he expanded his experiences by attending The University of Hartford before transferring to the University of Massachusetts, Amherst.  He graduated from college with a Bachelor's Degree in Resource Economics. After college, he fed into his entrepreneurial ambitions by being employed and working in sales and marketing positions of various industries, including real estate, technology startups, and insurance.

Olaniran had deep interests in a variety of hobbies. Once he found an activity he was passionate about, he pursued it to its full extent. He had a great taste in music and would make beats and record songs in his bedroom with equipment he purchased and could crank out several complete tunes in one day. He loved to play and watch basketball. He was one of the captains of his basketball team in high school. Kyrie Irving and Kobe Bryant were his favorite NBA basketball players. He also enjoyed playing video games and became one of the first players in the world to place number first in a match of 100 people in the popular competitive game Fortnite shortly after its release.

The name Olaniran in Yoruba translates to “wealth is generational.”  A fitting name for a person who tried his hardest to build a lasting legacy in an unfair world. A lasting lesson to be learned from him is to pursue your goals vigorously and with less hesitation, and have faith in God that you will grow in some way during the process. True wealth is not just having plenty of material goods but living a precious life to its fullest and creating an abundance of memories that you can use for learning and inspiration. The memories and legacy of Olaniran will carry down for generations by the many people who loved him.

Olaniran will be laid to rest at a private graveside service at Fairview Cemetery in Hyde Park.

To send flowers to the family or plant a tree in memory of Olaniran O. Ogundipe, please visit our floral store.