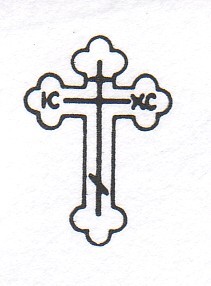 Robert H. Laham passed away peacefully at his Chestnut Hill home on May 25, 2022.

Bob was the dear and devoted husband of 72 years of Gladys (Joseph) Laham.  Beloved father of Robert M. Laham, his wife Eileen of Plymouth, Kenneth Laham, his wife Tricia of Chestnut Hill, Carol Laham and her husband Paul Bridenhagen of Chevy Chase, MD.  Loving grandfather "Jido" of Eddie, Kyle, Michael, Trevor, and Robert.  Great-grandfather of Dean and Stephen. Dear brother of Diana Michael of Dedham and the late Roger Laham and a beloved uncle and cousin. He was the son of the late Monsour and Nellie (Deban) Laham.

Bob was a lifelong member of St. George Orthodox Church of Boston. His life exemplified the giving of one’s “time, talent and treasure.” He served as an Altar Boy and was later tonsured a sub deacon. Bob served for many years on the Parish Council in countless capacities: President, Vice President, Treasurer, never refusing a call to service. He also served on the Building Committee for the new parish complex on Emmonsdale Road. He was instrumental in creating youth service originations at the parish, regional and national levels serving as a founding member in various executive positions.

Bob followed in the footsteps of his father Monsour in serving on the Board of Trustees of the Antiochian Orthodox Christian Archdiocese of North America, serving for over 50 years,more than 30 of those as the Treasurer of the Archdiocese. He was bestowed the title of Trustee Emeritus upon his retirement. Bob was involved with Convention Planning and chaired many national conferences. His true love was the building and ongoing development of Antiochian Village Camp, dedicated to nurturing the Orthodox faith in our children, and the adjacent Conference and Retreat Center in Bolivar, PA. He was one of its primary patrons and served as chairman of the Antiochian Village Council. Bob and Gladys have provided financial scholarships for student contestants in the Archdiocese annual oratorical festival.

Bob met the love of his life, Gladys, at church. They were rarely apart during their 72 years of marriage. If you saw Bob you knew Gladys was not far away. They enjoyed traveling together, entertaining, and going out to dinner with their many friends. Bob was a 1946 graduate of Boston English High School and Bentley University in 1949, where he subsequently endowed the Monsour & Robert H. Laham Scholarship. Bob joined his father after college working at their manufacturing company, Hub Fabric Leather. Together, they produced coated fabrics for footwear and novelty manufacturers. He forged many personal relationships with his customers and suppliers.

Bob was an original season ticket holder for the Boston Patriots, owning shares of stock in the Patriots until the NFL changed its rules on team ownership. The games were played on Friday nights at Braves Field, now Boston University. As an early ticket holder, his seats were on the field, feet from the Patriots bench. When the Patriots moved to Sunday games at Foxborough, Bob would attend church and race down Rt. 1 and still make it to his seats for a 1 pm kickoff, always in a suit and tie. He passed on his love of the church and the Patriots to his children and grandchildren.

He was a dear friend and mentor to many. His life of faith and love for family and friends was an example to all who knew him. He will be missed terribly and remembered joyfully.

AT THE REQUEST OF THE FAMILY, IF YOU ARE PLANNING ON ATTENDING THE SERVICES, KINDLY WEAR A MASK IN THE CHURCH. THANK YOU

To send flowers to the family or plant a tree in memory of Robert H. Laham, please visit our floral store.

A Memorial Tree was planted for Robert

Join in honoring their life - plant a memorial tree