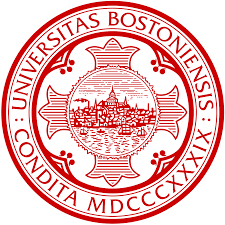 Samuel C. Hanna Ph.D., Boston University Professor Emeritus, passed away peacefully at his home in West Roxbury on February 25, 2022.  He was 94 years old.

Sam, father of three, grandfather of seven, was born September 11, 1927, in Boston, MA to Abdullah “Charlie” and Anjoul Abraham Hanna. On October 12, 1952, he married the love of his life, Joan Samaha, and they raised three sons, Michael, John, and Richard.

Upon graduating MIT, he taught at Stonehill College for several years while completing his Masters at BU before he and Joan moved to Washington, DC to work for the NSA as a crypto-analyst. After leaving the NSA, Sam completed his PhD in Pittsburgh, before moving back to Boston in 1960. There, Sam joined the faculty at the School of Management at Boston University (since named the Questrom School of Management) and was, in time, promoted to full professor teaching mathematics and statistics. He retired from BU in 2006 as Professor Emeritus.

Sam was a hardworking and entrepreneurial man. He founded the first computer center at the University of Pittsburgh in the late 1950s. While teaching at BU, Sam designed and oversaw the construction of a mixed residential and commercial apartment building in West Roxbury, which he and Joan managed and where he lived with his family until his passing. He started a consulting practice, Compunetics, in the late 60s. He undertook a variety of tasks for Dr. John Silber, long time president at BU. He designed and oversaw the conversion of a racquet ball club to a commercial office building in Brookline, MA. He continued independent consulting throughout the 80s to help support his family.

Sam had a gift for math, and this made him a natural game player. At a young age, he made the “mistake” of beating his father at checkers in a public game. His father, a master checker player in the neighborhood, rewarded Sam by making him play continuously until a new outcome came about. Sam also loved the game of bridge. He and his colleague at BU, Paul Berger, won a major bridge tournament in New York City as newcomers to the tournament space. However, because both had to teach the next morning at BU, they left before they could be recognized - leaving the bridge world wondering who the two wunderkind winners were. Sam had a real passion for backgammon. He played almost daily as a member of the Cavendish Club (a group he would eventually lead). His playing skill brought him success in various tournaments around the country and eventually led him to a world tournament in Monte Carlo in 1987, in which he placed 4th against the best players from around the world.

Most importantly, Sam was passionate about teaching. He was a lifelong teacher, who spent hours planning his lectures and redoing his notes - always looking for the perfect presentation. He particularly loved teaching statistics because it allowed him to bring together his love of games with the topic he knew so well. He helped students get over their fear of the subject by using examples from either sports (including sports gambling) or casino games that they could relate to. Sam was a finalist for the prestigious Metcalf Award at Boston University, which is given to the best teacher across the entire university. His students loved him and would return to visit him years after graduation to let him know what an impact he had on them. Beyond his hundreds of students over the years, he was always a teacher at home, too. He loved teaching his children and grandchildren to play checkers and backgammon, and always looked for a chance to teach a clever math trick along the way.

Funeral Service is Wednesday March 2, at 12:00 p.m. at St. George Antiochian Orthodox Church 55 Emmonsdale Rd. West Roxbury 02132.  Visitation in the Church begins at 11:00 a.m.  Relatives and friends are invited to attend. Masks are required.  In lieu of flowers, please make contributions in Sam's memory to the Church or to AABA 18 Cheriton Rd. West Roxbury, MA 02132.  Interment will be at Mt. Benedict Cemetery.

To send flowers to the family or plant a tree in memory of Samuel C. Hanna Ph.D., please visit our floral store.